A List of Hangovers I Did Not, In Fact, Deserve 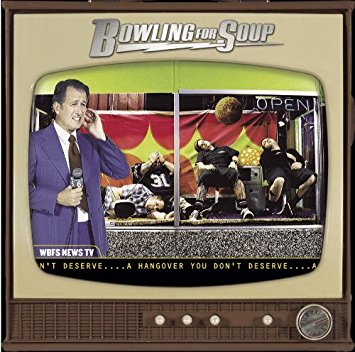 One of the most important albums of my middle school years was Bowling for Soup’s A Hangover You Don’t Deserve. Although objectively it is kind of a bad album, I occasionally revisit it due to the pull of nostalgia. I couldn’t comprehend the title as a kid, but now that I am a full-grown college student who gets plastered once a month on average, I understand how awful an undeserved hangover can feel. Here is an exhaustive list of all the times I woke up with a hangover through no fault of my own: