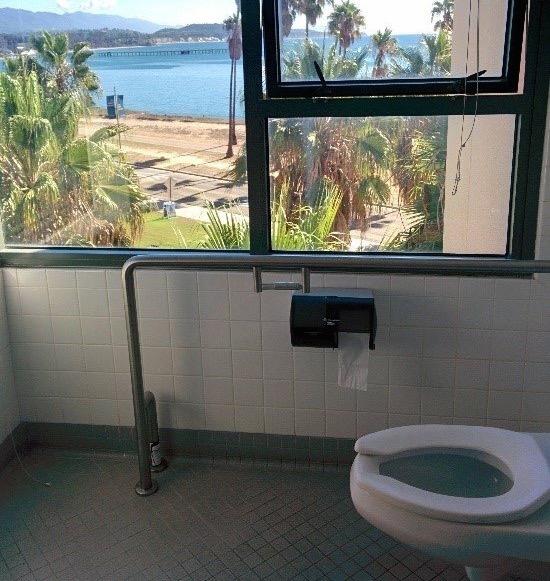 Student Health sent a campus-wide email on Tuesday warning students that due to the crowdedness of the library during dead and finals weeks, the chances of indirect ass-to-ass contact with the person sitting next to you is now 1 in 3.

The finding, published by three MDs employed at Student Health, sent shock waves across campus when it was released.

“I am fine with it,” said third-year STEM major Nick Rodríguez. “Germophobia is not rational. Also, I happen to be sitting next to a girl I’m into.” Rodríguez gestured to a female undergraduate student who began packing up her things and left. “You’re never going to find another spot!” Rodríguez yelled at her retreating figure.

The finding applies to any two people, wherever they fall on the gender spectrum, due to UCSB’s commitment to providing gender-neutral bathrooms across campus.

The study noted that while the number of toilets in the library has remained constant, the demand for toilets has increased 6-fold, due to the unfortunate combination of last-minute cram sessions and thousands of gallons of coffee consumed by the student body.

Gregory Steinsheck, a first-year enrolled in Econ 2 who has been studying supply and demand curves every waking minute for the past 5 days, was confident the study was accurate.

“I can confirm, with full confidence, that the figures reported in this study are either A) all true; B) some are true, while others are false; or C) all of the figures are false,” Steinsheck said. He collapsed soon after the interview.

Gaucho Marks would like to remind readers that it is impossible to contract an STI or get pregnant by sharing a toilet seat with someone who has an STI or is pregnant. “Any attempt by my boyfriend to use this study as an excuse for these or related health afflictions would be highly unethical,” said fourth-year philosophy major Hannah Williamson.