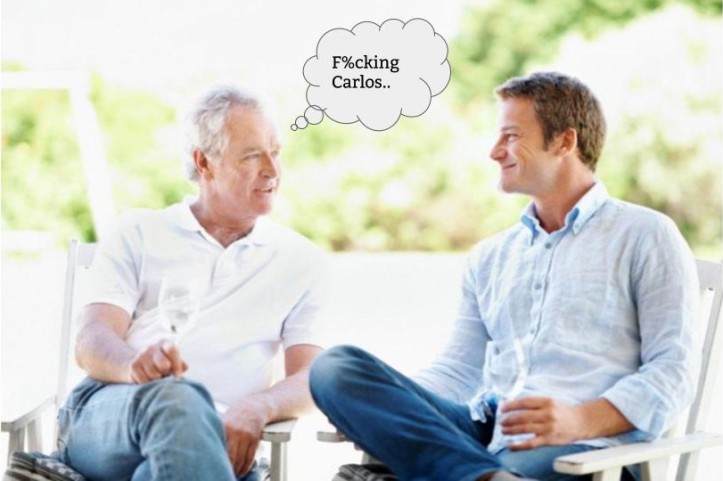 As a certified gender-sensitivity consultant who had spent years developing tactful ways to congratulate women that he wasn’t quite sure were pregnant, local dad Justin DeNile was recently devastated to discover that his only son, Timmy, wasn’t gay after he brought home an estrogen-laced testosterone addict. Being the caliber of a man who deplores the existence of firearms, he just wasn’t equipped to handle this kind of flamboyant heterosexual intrusion into his sterile home.

In the past, Mr. DeNile had only bought Timmy sexually ambiguous toys, such as Batman’s Throbin and G.I. Tract Joe, so that he could one day tell people that he’s proud of his son, no matter his choice of Timmy’s sexual orientation. He was overjoyed to find out a few years ago that Timmy, now 25, began parading into LGBTQ mixers and constantly meeting new “hard appendage lovers” who “aren’t much into pussies.” Mr. DeNile was too busy planting his kale garden to notice the existence of his son’s pet turtle, Carlos, which he frequently brought to the notoriously feline-hating LGBTQ (Lovers of Galapagos Box Turtles and Quails) group.

Timmy would confide in his father that he “loved little Carlos” and that “he’s even comfortable coming out of his shell,” leading Mr. DeNile to think that his son began dating a short Hispanic man with social anxiety. He thought the relationship had ended when Timmy decided that he wasn’t ready to settle for something “slow and steady” at this point in his life and returned to his lessons at the stables to “ride stallions all day.”

“What’s next, are you going to tell me that my wife and I aren’t in a consensually polyamorous relationship?” Mr. DeNile asked, as nearby, Mrs. DeNile dropped her custom-made juice mixer in shock, right onto her plate of locally sourced GMO-free quinoa.