Right To Party Shockingly Not Included In U.S. Constitution 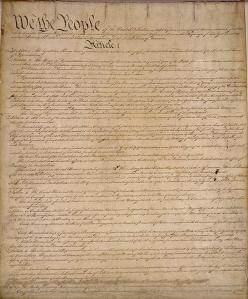 Despite the assertive claims of thousands of college students nationwide, historians confirmed this morning that the “right to party” is surprisingly omitted from the United States constitution. Constitutional experts informed Gaucho Marks reporters that while it may shock America’s youth, getting hopelessly wasted and destroying private property are not guarded privileges under the banner of the federal government. “As a university professor, I thought it might be worth looking into if only to placate my students,” said UCSB professor of history John Majewski, “but nowhere in the constitution does it say that people can ingest drugs and blatantly disregard authority. In fact, it might surprise you to learn that both of those acts are actually against the law.” Majewski added that while the founding fathers’ may have neglected to include partying in their list of fundamental American freedoms, the continued legality of the 2nd Amendment proves that “anything can be legislated with enough support.”