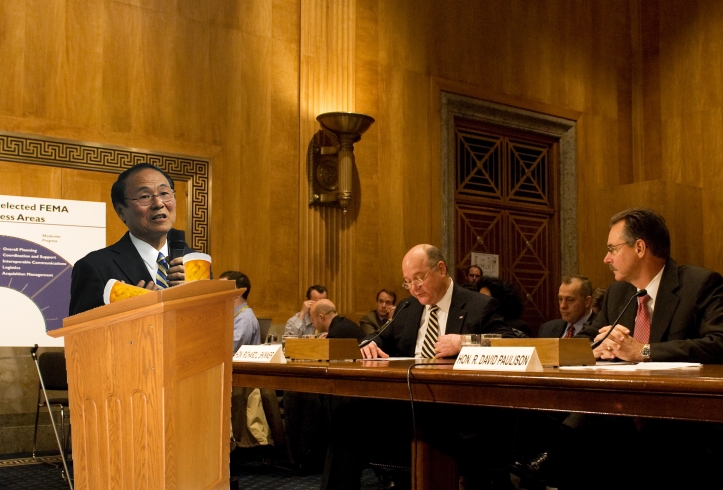 The chancellor was hunched over his desk, cutting 85 milligrams of powder Vyvanse into the words “GO GAUCHOS” when his wife caught him. Despite Mrs. Chancellor Yang’s insistence that he come clean to students and faculty, Yang continued using undetected until he tweeted “need more V. how soon will you be ready?” While Yang’s PR team originally claimed the tweet was intended for his wife, the chancellor decided to be honest and upfront about his pill habits. In his speech, Yang admitted to using study drugs, but qualified his actions with this statement:

“I am not addicted to Adderall, Vyvanse, or any other study drugs to help me get work done. I only use them during the middle-of-the-quarter hump when I have a long university announcement to write, or at the end of the quarter when I have to handle a lot of last-minute paperwork concerning forging athletes grades. I can definitely quit whenever I want.”

The chancellor is not alone, however, as the UC Statistics Department recently released the following study results: in 2012, 73% of UC teaching faculty admitted to abusing study drugs to help them finish grading and paperwork.

An anonymous teacher in the College of Engineering told Gaucho Marks reporters, “I take one 70mg extended-release Adderall with my morning breakfast, followed by nine hours of nonstop work, punctuated by frequent cigarette breaks to take off the edge, and a 30-minute nap.  When I wake up, I drink three energy drinks so I don’t get groggy, and then I just keep working until it hurts to keep my eyes open.”

“It just makes me feel a lot smarter,” added the source.

Due to the high faculty-doping rate, Gaucho Marks decided to take this investigation a step further and ask the student body how prevalent study-drug use was in their lives. We sent out 750 true-or-false surveys about UCSB life that included the statement, “I have used study drugs at one point in my college career to help me study for a test, write a paper, complete an assignment, or for recreation” to see whether or not students had also been affected by the study-drug epidemic. All 750 responses were negative.