That Big Boat Is Now Stuck in the Campus Lagoon!

ISLA VISTA– In an effort to remove the Ever Given from the Suez Canal, UC Santa Barbara researchers have defied the laws of physics and developed a teleporter to transport the 400-meter long (which in feet would be… hold on, let me get my calculator) ship from the waters of Egypt to the Adam’s ale of the campus lagoon (aha! 1312.23 feet! so much easier to understand).

During a recent press conference, the project lead Dr. Gerald Servaas Van Pey, the recipient of the 2014 Nobel Prize in physics and all around shit lecturer, outlined the creation and functions of this miraculous machine:

“Like all of you, my team and I were glued to our screens watching the entire global supply chain tank due to one long boi. We were compelled to help in any way we could, so we put our heads together—with COVID precautions in mind—and got to work.”

Van Pey’s machine, dubbed the GEOTAC1 Transporter, utilizes the specifically vague laws of quantum mechanics to pop information from one point to another, usually intentionally. While quantum teleportation has typically been accomplished using quantum bits like photons, Van Pey and his team unanimously said, “Fuck it,” and teleported the long boi in its entirety, popping it from one smelly lagoon to another2. 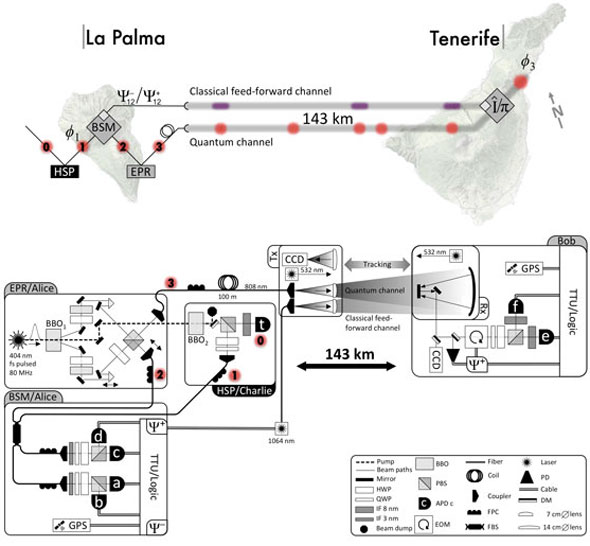 The development of GEOTAC is assuredly a cause for celebration—a momentous discovery for modern physics! And, it will probably nab the researchers involved some stupid award like a Nobel Prize in physics, or a Grammy for Best Pop Act—not to mention that there has been talk about designing new physics department t-shirts, but I digress.

While Ever Given has been removed from the Suez Canal, thereby delaying the collapse of global capitalism, the blockage is currently costing the school between $14-$15 in cryptocurrency (you know, from all the physics t-shirts being delayed). Converted into USD, it’s actually costing the school anywhere between $2-5 million a day, so like ten students’ tuition?

Chancellor Henry T. Yang has pushed for the establishing of a task force to push Ever Given back into the ocean, WHERE IT BELONGS, among its flock of beautiful sea mammals! So far, there has been very little progress in moving the vessel. Professor Brian Gellhorn, who is well known for his antics with fire extinguishers within the physics department, has proposed strapping a fuck-ton3 of extinguishers to move it. This makeshift propeller system will hopefully launch the vessel into the air and land it safely in the Pacific Ocean.

The university hopes that this catastrophe will sort itself out at some point. There are doubts that the ship can be moved at all, hence why Chancellor Yang has pushed for the establishment of a committee to deal with the ramifications of our inevitable failure. Some professors in the physics department have proposed more radical solutions to the Ever Given calamity. However, they are all being kept under wraps by the university, and we here at Gaucho Marks will abide by these wishes for secrecy4.

In a bizarre turn of events because it’s 2021 and nothing makes sense anymore, billionaire and Twitter poet Elon Musk has dumped billions of dollars into being the first person to #colonizeevergiven. Musk stans on 4chan are fully erect.

UPDATE 4/20: Apparently Elon Musk heard that Jeff Bezos was interested in turning the ship into a mobile shipping center, so he decided to just blow up the ship, but the ship flew upwards and came right back down into the Lagoon and displaced all the water. Now it’s a hip tourist retreat for billionaires like Richard Branson and Warren Buffet.

1The acronym stands for Get Evergiven Out That Audacious Canal

3The fuck-ton unit was established by a team of researchers at the University of  Bonn in Germany. It measures the ratio of fire extinguisher to giant shipping vessel.

4It should be duly noted that Gaucho Marks reached out to the Chancellor’s office and was met with resistance, i.e. they said NO and REFUSED to budge when we were too lazy to push forward.