The Fallacy of YOLO 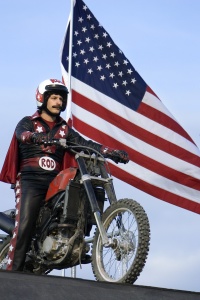 By now we all must be familiar with YOLO, or #YOLO (pronounced, hashtag YOLO), the ubiquitous acronym for “You only live once” dubiously used to justify impulsive and careless decisions. But has anyone ever taken a moment to sit down and analyze what exactly a proclamation like that might entail? It turns out that YOLO might not be an accurate or even certain summation of our existence. Let’s examine some other possible scenarios that could prove to be life-altering (in some cases literally) for the bro who blows a .5 BAC or foregoes purchasing a condom.

This is the idea that one’s soul is reborn in a new body after biological death, depending on the morality of his or her previous life’s actions. Example: Intoxicated Lexie jumps off a cliff into a deceptively nearby ocean screaming, “YOLO!” at the top of her lungs and awakens to find herself reincarnated as a cockroach.

Nietzsche’s cosmological theory of eternal recurrence suggests a universe that has been and will continue to repeat itself an infinitely. This is, in fact, the polar opposite of what YOLO guarantees us, leaving YOLO-prescribers with an endless loop of poorly-made decisions and their dismal repercussions. Example: Upon discovering the joys of a YOLO-infused lifestyle, Mark drops out of college, gets YOLO tattooed exactly 46 times on various locations of his body, attempts to become the next Kanye West, ends up on skid row with exactly 12 illegitimate children and a deadly heroin addiction. Mark’s last words: an emphatically whispered, YOLO.

Yes, it’s true that immortality does fit the definition of YOLO, but it also refutes it. YOLO implies that one’s death, while only a one-time occurrence, will eventually occur. Immortality, on the other hand, means living forever and, inevitably, living with the repercussions of one’s rash decisions. Example: Edward Cullen, an immortal vampire, decides to marry Bella, an obnoxious, melodramatic teenager, their only wedding vows being a solemn “YOLO.” Edward is then dismayed to find that he must endure having Bella as his wife for all eternity. 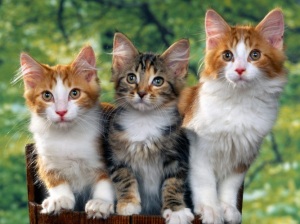 By implementing and spreading YOLO as a life perspective, we must be aware of how it affects other living beings around us. This includes those furry, loveable, sometimes narcoleptic, sometimes temperamental creatures called cats. YOLO is entirely misleading for cats because, as we all know, cats have nine lives. A failure to acknowledge the lack of YOLO-ness in cats could prove fatal for our most beloved furry friends. Example: Jeff proposes a “cat bowling” tournament at a frat party, citing his creative inspiration as, “YOLO, brehhh.” Isla Vista is forced to construct a cat cemetery to accommodate for the countless resulting feline deaths.

As you can see, despite its apparent allure, YOLO isn’t all it’s cracked up to be. So the next time you consider “trying out” heroin or playing “scrotum golf”, take the time to examine the likely alternatives before it is too late. One can only dream of a time in which the fallacy of YOLO is public knowledge and YOLO is effectively rendered obsolete, possibly even illegal, but until then, all we can do is pray for our naïve and hasty brethren.